The legacy of Syria: global jihadism remains a threat to Europe

The conflict in Syria and the associated rise of the Islamic State in Iraq and al-Sham (ISIS) had a major mobilising effect upon the global jihadist movement, also in the Netherlands. 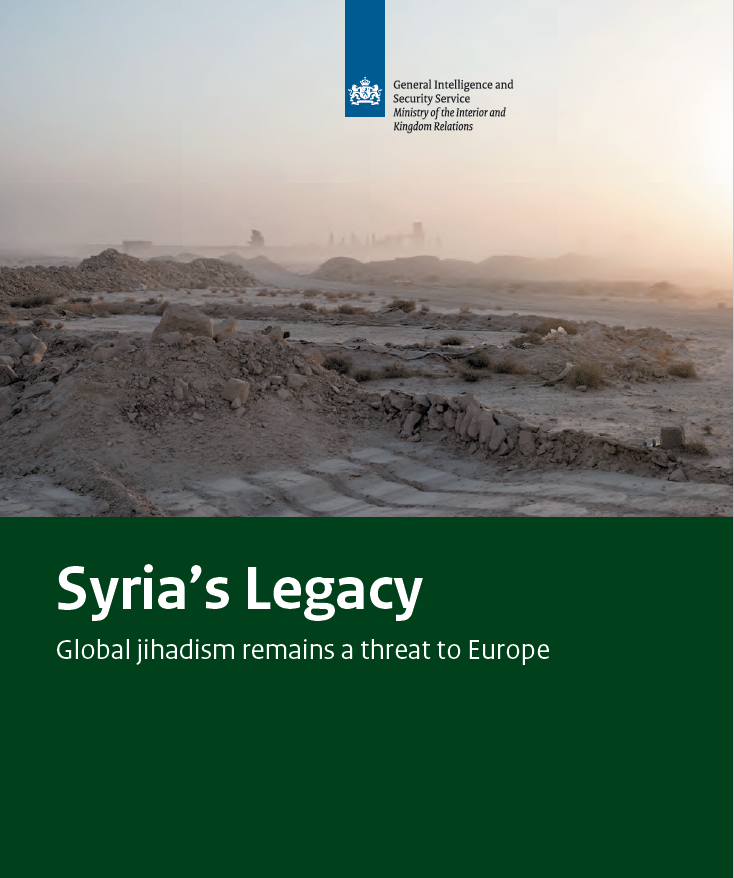 Over 500 supporters, thousands of sympathisers

The jihadist movement was greatly impacted by those travelling to the conflict area to join the jihad, those who attempted to do so but were stopped, those who returned from the conflict area, and those who were killed. The interaction of these individuals with the home front also played a role.

In recent years, the number of supporters in the Netherlands grew to over 500, and there are several thousands of sympathisers. The threshold for carrying out attacks in one’s own country in ISIS' name has been lowered.

Despite having lost its caliphate, ISIS is far from definitively defeated. The organisation has transformed itself into an underground movement which is preparing for a resurgence in an attempt to restore the caliphate it still aspires to. ISIS still intends to carry out attacks in the West or to have its supporters carry out these attacks.

The underground nature of the organisation has repercussions for its ability to prepare and direct attacks in the West, so that its focus is on mobilising supporters and sympathisers worldwide. The extent to which ISIS will continue to succeed in doing this depends in part upon developments in Iraq and Syria.

In the shadow of ISIS, Al-Qaeda has succeeded in establishing a power base in Syria, which has given its international jihadist ambitions a new impulse. Al-Qaeda attempts to profit from the decline of ISIS and wishes to re-establish itself as the leader of global jihadism.

Despite the lasting rift between ISIS and al-Qaeda at the leadership level, individual supporters and sympathisers of both organisations may indeed work together. A number of jihadists consider their shared ideology a connecting factor; the value of jihadist 'brand names' is less important to them.

Nevertheless, the breach between ISIS and al-Qaeda does cause discord within the jihadist movement, also away from the conflict zone.

The threat of attacks unabated

The persistent jihadist terrorist threat against the West will remain unabated in the coming years. This threat is formed by interaction between prominent jihadist organisations (such as ISIS and al-Qaeda), networks and individual supporters and sympathisers.

Collectively, these constitute the global jihadist movement. The appeal of jihadist ideology persists, even without a new catalyst similar to the conflict in Syria in the past.

Download the publication 'The legacy of Syria: global jihadism remains a threat to Europe' below.