A growing number of Dutch citizens are coming into contact with violent right-wing extremist ideas. This is the conclusion of the AIVD publication 'Right-wing extremism in the Netherlands: a phenomenon in flux'. 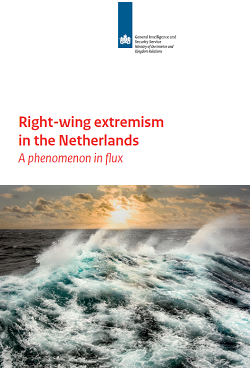 More than ever before, right-wing extremists make statements which encourage and glorify violence - especially against Muslims and the government. Although they rarely resort to actual violence, the AIVD is worried about the climate that is being created in the Netherlands.

Groups have become less important to the right-wing extremist movement. In part as a result of social media, there has been an increase in 'unorganised' right-wing extremism. The groups that do still exist, are relatively small. The number of people being reached, however, is greater.

In its publication, the AIVD lists two areas of concern. The first pertains to the threat of violence posed by right-wing extremists. Their (online) language is increasingly aggressive and they have a considerable fascination for firearms. Although in general most right-wing extremists are slow to resort to violence, the AIVD believes that the risk that individuals or small groups will resort to violence is greater than in the past.

The second area of concern is the threat to the democratic legal order from so-called "intellectual" right-wing extremism. The aim of the alt-right movement, for instance, is to make very extreme ideas based on racial doctrine common currency in both Dutch society and public administration.